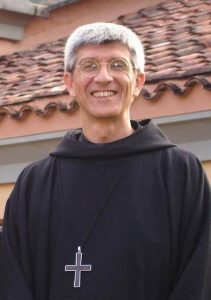 In 2013 the expanded congregation was given this new name. -Â We were pleased to hear that the General Chapter of the Subiaco Cassinese Congregation elected Father Guillermo Arboleda Tamayo, abbot of the Abbey of Santa Maria of Medellin and Administrator of Guatape, Columbia to be the new Abbot President, on September 22, 2016.Â  Abbot Guillermo becomes the first Abbot President of the Subiaco Cassinese Congregation from the Americas. Congratulations and many prayers for you Abbot!Â Â Abbot Gregory Polan, O.SB Elected Abbot Primate of Benedictine Confederation -Â On September 10, 2016, Abbot Gregory Polan, O.S.B., of Conception Abbey, Conception, Mo., was elected Abbot Primate of the 1500-year-old Benedictine Order at the Congress of Abbots meeting in Rome, Italy held every four years. Â which is made up of all abbots and conventual priors, both of monasteries that are members of congregations, as well as of those unaffiliated with any particular congregation. The Congress of Abbots elects the Abbot Primate, who serves a four-year term as the Confederation’s representative and administrative head, Â We congratulate and pray that the Holy Spirit will guide and inspire our new Abbot Primate.