The Monastery of Our Lady of the Desert was founded on February 2, 1990, to reflect the feminine expression of desert monasticism.  God bless our two Founding Mothers who were with us briefly but were the seeds of our monastery.  May their souls rest in peace: Sister Ann and Sister Elizabeth. – View a history of our 25 years of Blessings:  25th_anniv

Sister Julianne, former member of the Sisters of St. Mary of Namur, an active community, was an educator, principal of a school, dorm mother of young women, spiritual director, accountant.  She was appointed superior of the Monastery of Our Lady of the Desert on August 30, 1991. With her expertise and accreditation of spiritual direction, education, and theological and canonical directives, she has lead and developed a deeper stability and a clearer direction of our monastic life.  Also, during her term of office, she succeeded in raising the funds to construct a new necessary addition to house women.

Sister Julianne retired as Superior at the end of April, 2004, having served as Prioress for 13 years as our teacher, consultant and formator.  At 89 years of age, Sister Julianne died unexpectedly, but peacefully and gently at the monastery on Friday March 12, 2021.

June 2000 we became a dependent daughter house of the Abbey of the Presentation of the Lord, Jamberoo, New South Wales, Australia. The nuns of this abbey, founded in 1849, Benedictine Nuns – Diocese of Wollongong in Australia (Nuns), Although geographically a long way from New Mexico, and with the communication technology of the 21st century, it is easy to be in regular contact with Jamberoo Abbey. We also follow their constitutions and share the same day of foundation, February 2nd, feast of the Presentation of Our Lord in the Temple (story told in Luke 2:22-29).

After the readings by Sister Antonia and Sister Maureen Therese, there was one minute of silence and blessing of the Prioress designated by Sister Antonia.  At the indication of Sister Antonia, the sisters were invited to raise and extend their hand toward Sister Benedicta in the blessing.

Through the intercession of St. Joseph, Shadow of the Father, we were deeded 40 acres of property in Gobernador, New Mexico, through the generosity of Jose and Florence Florez, deeded to us on June 11, 2007 and on June 13, 2008, we moved to our temporary home in Blanco, NM, at the St. Rose of Lima Parish.  Rev. Fr. Jim Walker, and all his staff at the time supported our efforts. 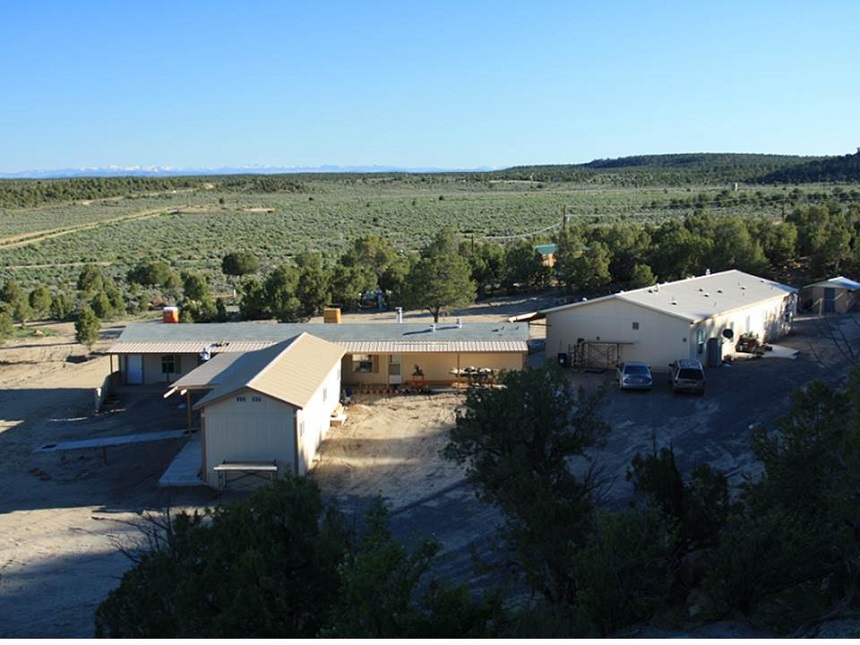 In August 2009, the sisters started moving to the Gobernador property in a double-wide and two-single modular buildings. This has been a challenge but we are home, thanks to God. 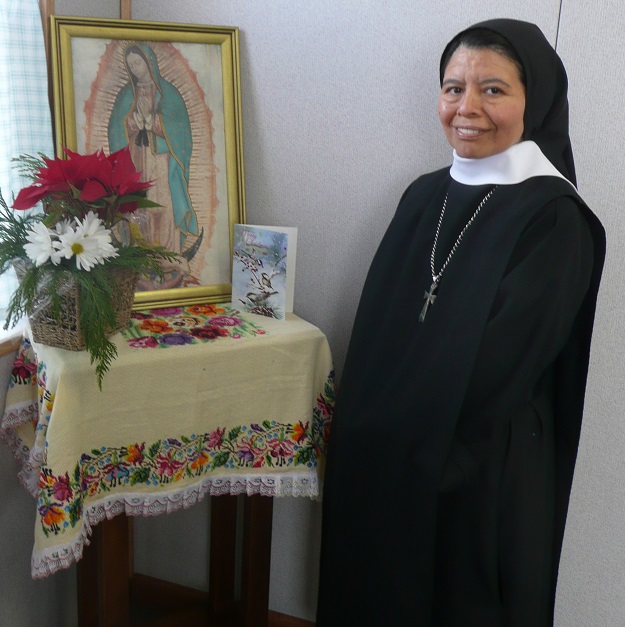 Prioress Hilda, appointed on January 1, 2017, by Mother Mary Barnes, Abbess of the Benedictine Abbey of the Presentation of Our Lord in the Temple, Jamberoo, Abbey. – From Vatican City, October 23, 2020, the Monastery of Our Lady of the Desert became independent.  We want to thank Father Phillip Lawrence, Mother Hilda Scott, Mother Mary Barnes, and Mother Benedicta Phillips, and all the sisters of Jamberoo Abbey, for their support in assisting us with this transfer of a dependent monastery to a new independent monastery, working on this since 1990!  We will continue to learn more about Federations, Congregations, Constitutions, etc.  This is a big step in our history and thanks to God, for all the efforts of the Congregation for Institutes of Consecrated Life.  Please pray for us!

Our Future – Continue our Journey of Trust in living the Benedictine way of Life; a Benedictine spirituality for the laity according to the Rule of St. Benedict; receive guests to come and join us to live fully the Benedictine life of prayer, work and hospitality.  Invite others to hold meetings, conferences, seminars in the St. Michael the Archangel Center.